Riot’s League of Legends is the biggest online game in the world, launched in 2009 and with over 80 million monthly players worldwide. This massive esport event is now broadcasted to selected cinemas across Europe via satellite for the first time, in a production brought to cinema audiences by Piece of Magic Entertainment and National Amusements. Gamers and fans can now experience the thrill and excitement of each fight together on the big screen with high definition and surround sound feed.

The time has come! The waiting is almost over! League of Legends World Championship is arriving in Paris on November 10th for an unforgettable event! 24 teams from 13 regional leagues will be fighting to qualify for the most prestigious event in League of Legends e-sports history.

Only the best of the best will qualify for the finals.

Who will be the big winner this time, take home the Summoner’s Cup and bask in the glory of being World Champions?

Join the viewing party in your local cinema and find out! 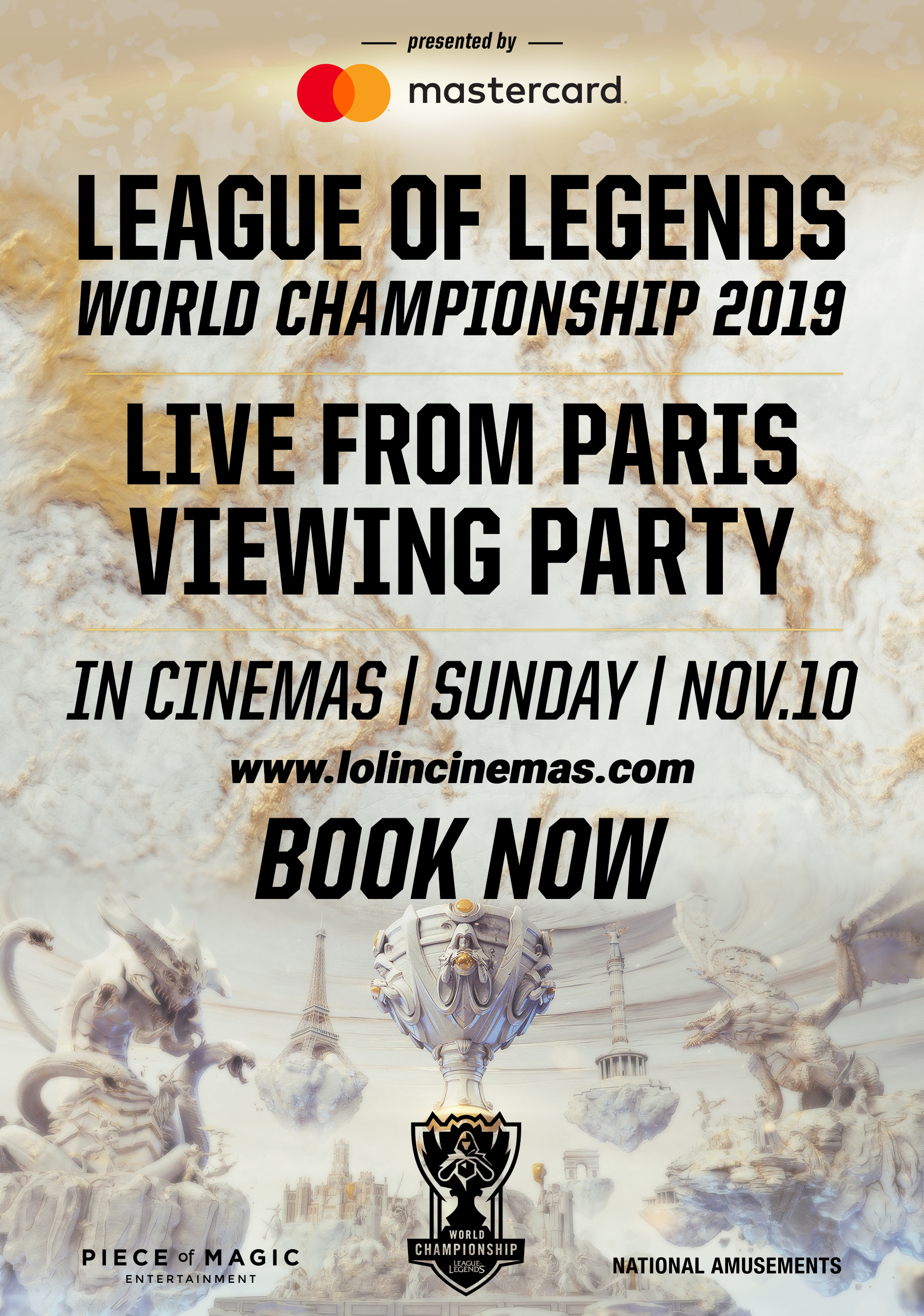